Why using wrappers can help you ship code better and faster in data science.

Data science projects today tend to use lots of open source libraries because they are an effective in producing prototypes.

After you build a prototype, the next question is: how do I productionize it?

As a data scientist, I want my code to be easy to productionize and start creating value as soon as possible. This means there are a few patterns I can use in my code to speed things up for everyone, including myself. Here’s one pattern that I’ve seen great success: use wrappers.

One may ask: why do you want to wrap a library with your own function? Isn’t it doing the same thing? Looks like waste of time to me.

Short answer: no, it’s not a waste of time.

Here’s an example. Let’s say I’m building a computer vision project and I need to load images. I have several libraries that I can use

Let’s say I decide to go with Pillow. A pattern that I saw in online tutorials is that the author would take a object coming from an external library and plug it straight into their code:

This innocuous piece of code creates a problem: You are locked into Pillow’s implementation of loading image:

If I want to implement a new method for Image that’s not part of Pillow, I’m in trouble. I’ve seen people spending time debating on

etc. None of them are as good as using a wrapper because of the downstream maintenance cost they incur.

If the class PIL.Image ended up being used in 100 places, then the switching cost to another library is a code change in 100 places. The risk of breaking production code is too high.

What I would do with wrapper

Let’s go back to the image reading example. Let’s examine how different those 3 libraries read images.

This is the image I’m going to use: 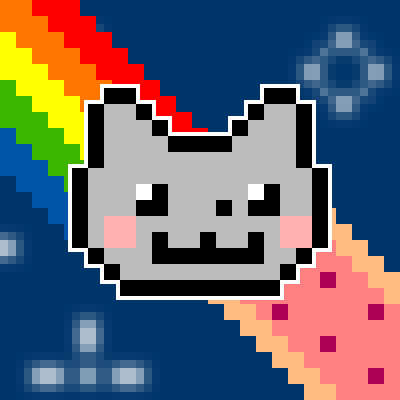 I want to read pixel (108, 223), which is the pink blush on the cat’s cheek. Here’s what the three libraries represent this single pixel as numpy arrays:

and they are all different 😱!!

Imagine that you are an engineer and want to convert a data scientist’s code from using matplotlib to read images to using Pillow, how many places you would need to change and check that it’s not breaking the code?

This is only a single .png file. There are other image formats like .jpg, .webp and colorscales that make this problem even moer complicated in reality.

This is where wrappers come in handy if I remembered to use it before I let an external library into my code.

For example, I can define my own class called MyImage that wraps around PIL.Image:

and in our original code:

that’s it. Now I can change the internals of MyImage, say an attribute .channel, to track whether it is BGR or RGB to feed into models in opencv.

This time, the Pillow library only has a single contact point with my code. If production requires using a different library, we only need to change and test a single place — the interface MyImage.

This also makes testing easy because the wrapper hid the complex PIL.Image object and only show the methods and attributes that we care about. Mocking MyImage is much easier than mocking PIL.Image.

Why is this better again?

Let me say again why this is a good idea:

In my experience, 1 saves a lot of time for project handoffs. For example,

Data I/O code tend to scatter all over the codebase and the large footprint makes it hard to factor if a new need arises. In other words, it is technical debt.

When not to wrap

What are some places that you may not want a wrapper, even if it is a third party library?

I think for common data formats, there is no need to make a wrapper for it.

are everywhere in a data science project. They are essential data formats for modules to communicate with each other. Wrapping around them cause more trouble than gain.

When you write new code that uses a function or a class from an external library, think about what you actually need from it and write a wrapper around said function or class.

This makes change in the future easier and reduce technical debt for handoff between teams.