If you have never written a test before, now it’s time to write the first test in a few simple steps.

This post continues my previous post in the series, Becoming a Better Data Scientist: Testing with pytest

Flaw in my workflow

Recently, I noticed a flaw in my development workflow. Let’s say I want to write data processing code in Python. Here’s what I would do:

Before I write code or modify code, I always come up with a few cases in Jupyter Notebook that I can use to check and validate. If the change I make works with the cases that I come up with, then I am confident that what I put in is good stuff.

In other words, I validate my code in Jupyter Notebook to make sure that I have seen my code ran successfully, at least once, before I add the new code to the source code.

Now, I’ve been using into this workflow for over a year. Where is the problem?

Ummm…I was coming up with my own test cases every single time.

What I have noticed was that—when I need to modify code, it was easier for me to make a new example than digging through the pile of notebooks I had to recover the example I made 3 months ago. 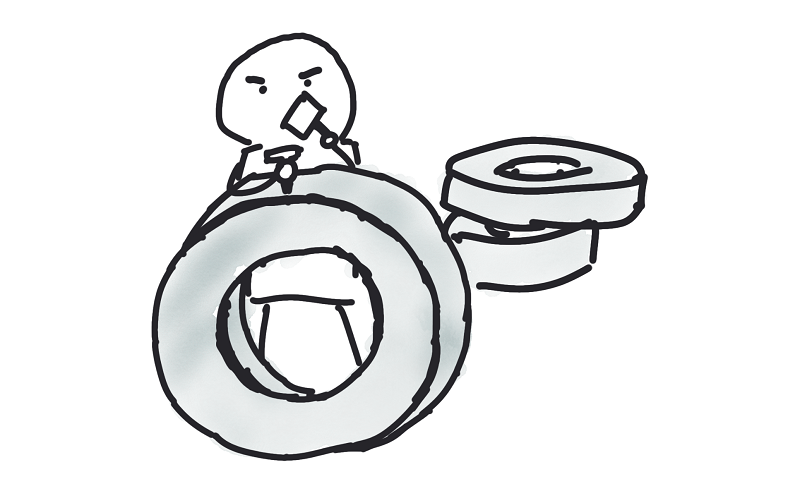 What I was doing when I try to make another example

As I write more code, more and more I’m coming up with new examples to check my old code. This is a classic case of reinventing the wheel. And 99% of the time, that’s exactly what I get: wheels.

It took me an embarrassingly long to see this: no matter I’m writing exploratory or production code, if I’m coding with an example, I might as well spend a few minutes to put that example into a test and save me some time in the future.

If your workflow is similar to mine: you use an expected input and output to build your code, then put that piece of data into a test.

Let me say it again:

if you are writing code and you validate with sample data, then put the sample data into a test!

How to write the first test

I will show you how I approach writing code these days. If you works with data and code and have not started writing tests because it seems too complicated, I believe these steps will give you a good start.

The 3 steps to the first test

At the end of the section, you can watch the screencast on YouTube to see how I write my test in PyCharm.

All of my code can be found in the Jupyter Notebook:

In this example, I will use Python and the Titanic dataset to demonstrate how I follow the steps.

I wanted to calculate the average Age of passengers by Sex and Survived, so I wrote some code:

Honestly, I don’t know if it is calculating the numbers correctly: the numbers doesn’t look too wrong. But the format of output is what I wanted, so it is a good time to put this test into a test case and pin the behavior down.

What did I do?

When I revisit this code in the future, I can reference to the test data and won’t need to reinvent the wheel anymore!

In this post, I only covered how to write your first test. If you have more experience with testing, you might have a few words to say on how this test can be improved. Yes, the test here can be improved, and I will cover the how-to in the future. Let us start by putting one test in so we can reap the benefits.