py.exe is a useful tool on Windows that I didn’t know.

On Windows, python.exe defaults to the latest version installed, but sometimes I want to use older versions, say, 3.6 for debugging, even if I have 3.8 on my computer.

py.exe is the command line tool that comes with Python installation that solves the version management issue.

I recommend running py -h to see what you can do with it.

I mostly use it to generate virtual environments for different code repositories pinned at a specific Python version. For example,

Having py.exe means you can simply download and install as many version of Python from the official Python website as you want.

During the installation, there is no need to check either of the boxes to make use of the py launcher as checking the first one requires local admin rights which may be impossible for corporate laptops. 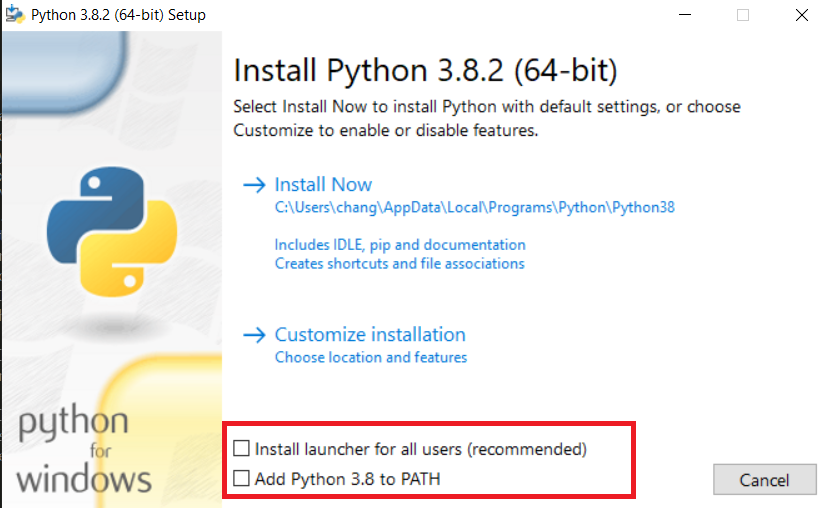