Writing and maintaining complex SQL query sucks. How can I use Python to make my life easier?

One of the most boring task in analytics is dealing with a repetitive SQL query that comes from business requests. I’ve used this workflow many times:

That sounds pretty good. But here are some scenarios that could happen next:

Scenarion 2 was more terrifying than 1. I knew there’s a boogeyman in my code, but my computer wouldn’t tell me where to find him. It would take two or three more checks before I have enough confidence in shipping my result.

Even worse than writing SQL code

There’s one thing that is worse than writing a complex and repetitive SQL code:

Maintaining a piece of SQL code that screams Ctrl+C and Ctrl+V is a nightmare. Sometimes I would look at a folder of SQL queries full of the dreaded Ctrl+C and Ctrl+V pattern that needs to be changed for a new business request. I sighed. Then I discovered who wrote this bunch of queries six month ago—oh wait, it’s me!—and that made me go through 5 stages of grief:

Is that really it? 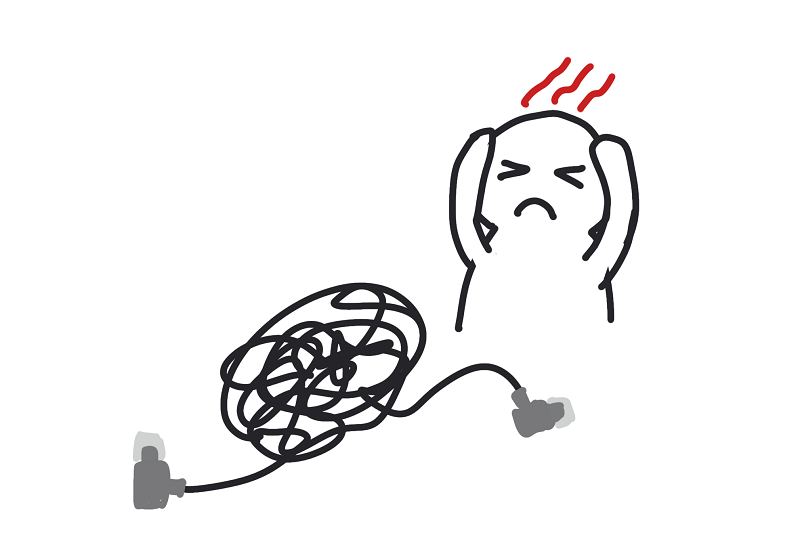 What can I do?

What’s the cause? I say that the causes are

In the last few episodes, I showed you how to automate boring tasks that require moving and clicking the mouse. Are there things about SQL query that I can automate to solve those problems?

The answer is yes, and the solution comes from one of the most liberating principle in programming—

With Python, we can highlight the part of code that we care, and let computer write the boring part for us. I am going to demonstrate this principle with a Python package, jinja2, so let me show you an example first.

Here is a typical query in Postgres that I used on the IMDB 5,000 movies dataset.

There is a field in the dataset called genres that contains the genres of a film like this:

This storage format saves disk space, but it is not ready to use for analysis. My goal is to transform this field into a more convenient format.

In this case, I want to remove the pipes (|) from genres and create a bunch of flag columns that turn my table into

In other words, I want to flag films by genres. A film gets 1 in a genre if it belongs in said genre and 0 otherwise.

After finding out all the possible values for genre, this is how I would write the code in PostgreSQL:

Let’s do it again in Python.

Jinja2 is a popular templating engine for Python. To install, run in command line 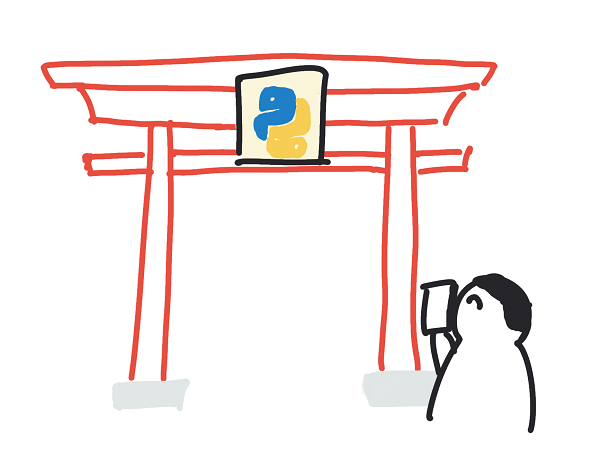 A tour in the Python Jinja

Here’s how I view the workflow of Jinja2:

In other words, if I have a run_sql function that can execute a SQL command in some database, then my code will look like the following

Let’s work through the IMDB movies example I put on the top of this post.

And Python prints out the same SQL code that I wrote to create the flag columns!

Why this is good

What do I see in this Python code compare to the pure SQL code? I would say

In this code, making changes is easy because the business logic—which genres to plug in—is separated from the code logic—what do I want to do with the genres.

Now let’s break the code down.

Jinja: use the curly brackets 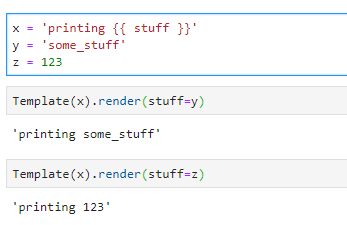 In the example where I used Jinja syntax,

genres.items() is a sequence that puts out two variables key, variable at a time, and they are substituted into END AS {{ key }} and ARRAY['{{ value }}'] respectively. 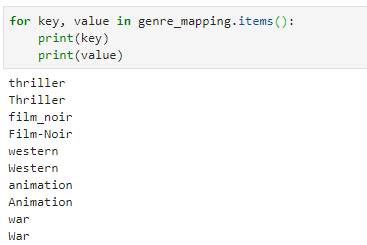 If I compare the result with the code with the SQL code, then I can see that it follows the same order. Jinja2 is simply putting the items into their places!

The idea behind templating is to extract and highlight the important business logic then let computer write the boring code for you. Jinja is a powerful template engine, so covering even 50% of what it can do will be out of scope.

Everything about making a template can be found in the Jinja Template Designer Documentation, but I will list a few things that I found that I’m using over and over when constructing SQL queries.

The thing I used the most is probably a loop. A loop is made up with an opening and an ending:

Another common keyword is if. It is also made with opening and closing a if bracket. I can put any comparison in it to use with my for loop:

Sometimes I want to build a WHERE statement. In all the SQL dialects that I know, WHERE clause conditions are separated by ANDs. But making a loop means I will end up with something like this

that has one extra AND on the top.

To avoid this, I can use the loop.first special keyword in my loop

and it prints out

Those special variables are great in handling edge cases like this. All the keywords are listed in the Control Structures section in the Jinja Template Designer Documentation.

How do I reuse a block of text? In other words, is there a way to define a variable inside Jinja? The answer is yes, and one way to do so is using a block with the set keyword:

What I did was that I made a block called candy that only lives inside the template, and I can reuse it many times in the same template. Templating a template 🤔.

One thing I found was that, if I have nested loops, then the loop.first or loop.last keywords only pick up the innermost loop. In other words, Jinja is not aware of any parent loops when it is executing the inner loop code. This is a behavior that I want to avoid.

To refer to the outer loops, I can to store the loop with a different name. Paraphrasing the Jinja2 documentation, this is what I would do:

Now Jinja knows I want to skip some more stuff at the very first iteration of the nested loops.

Jinja has a way to remove trailing spaces and newline characters using the minus sign (-). This means that I can indent the for loops like Python and print out formatted SQL. I will link two things here:

The wrong way to use templates

Writing code that writes code is a powerful idea. But it is so powerful that sometimes I take it too far, as it was very tempting to rewrite all my SQL queries with a template. The lesson I learned?

It may not be worthwhile. This is what people called premature optimization. Don’t make a template if you are only going to use it once.

Compare before you buy

Let’s imagine that I added another 500 lines of code to my movie genres SQL query that uses the genre flags in some way. I have two possible ways to code:

which one will be easier for myself?

This is the criteria I use to judge whether I should make a template for a piece of code. If I can see it will be a pain in the ass in a few weeks, then it’s worthwhile to clean it up.

A good template highlights what is important in the code. It reduces clutter and helps me understand what this query is trying to say.

So when should I make templates? For me, if it will make me hate my life less in the future, then I will do it.

I read about templating SQL with Jinja2 from a post on the StitchFix engineering blog two years ago:

but the concept didn’t stick until I read the chapter on Code Generators in this book:

and it transformed how I see programming. It’s an old book (published in 1999) so the technology in the books feels outdated. The timeless chapters on principles, however, gave me more insight than any other programming book that I’ve read so far in my career. I will talk about what made the code generator concept stick in another post.

In the next post, I will cover another concept that will make complex code maintainable: configuration files.

In particular, I will use a library called PyYAML, that reads a configuration file format called yaml (/ˈjæməl/).