pycocotools is a dependency in detectron2 that is difficult to install.

I ran into a lot of trouble getting it to work when I was installing Facebook’s detectron2, so I’m going to jot down a few things I tried.

If you are on Windows, don’t even try to pip install from the original repo. They do not support it.

Pip solution: use a fork

Instead, use this fork

Note that you must have Visual C++ Build Tools to compile the files which may require local admin rights. The repo’s README has a thorough installation guide.

I don’t use conda, but if you do, this reply in the issue may help you:

2. If you get numpy or cython not installed

The pycocotools repository does not maintain a setup.py file and you may run into dependency issues.

Here’s a fork that proposed a fix:

Or you can manually install the dependencies yourself. This is why detectron2 says pip install cython before installing pycocotools.

When I’m on company VPN, I got this message doing pip install from the origina repo

This is during the process of git clone before it does pip install.

My guess was that the company VPN is modifying the data stream coming from GitHub in some way and the cocoapi repository may have some large binary files that caused the issue.

I ended up downloaded the whole repository as a zip file and unzip it and use the unzipped version as part of a Docker build. 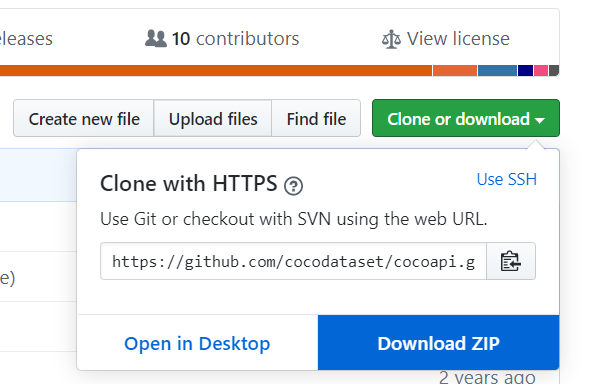