My take on a baseball idea for work and life.

When I was working at the baseball team, I had lots of good conversations with an experienced scout, Jeff.

One thing he taught me was how he evaluates hitters.

Baseball is a hard sport. According to baseball-reference, the average batting average in Major League in 2019 was .252. The average number of at-bats per hitter per game is around 4. Only 1 at-bat in 4 became a hit.

In other words, the best hitters in the world failed 3 times a day. 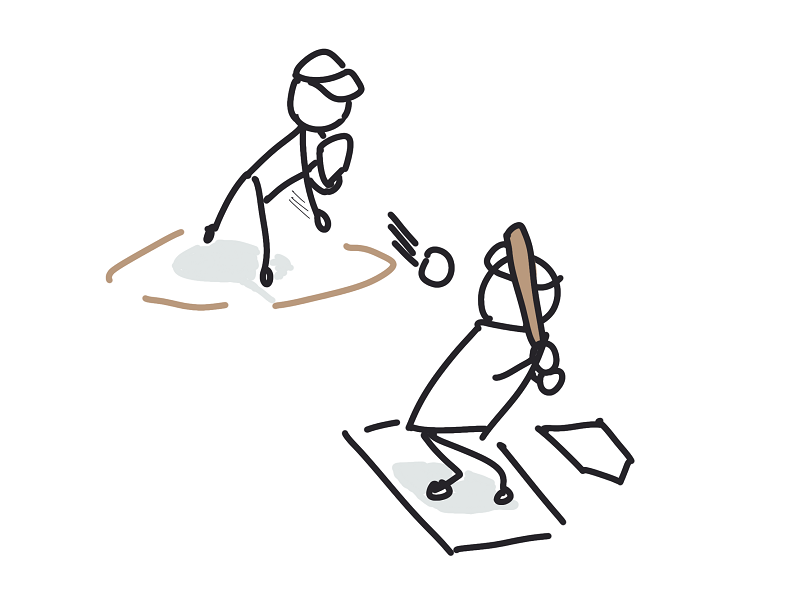 As a traveling scout, Jeff deals with the problem of small sample sizes. He can’t watch the same player over and over again in the same city before moving on to the next town.

The players he tracks may be an amazing baseball prospect. But this player may perform poorly in the one or two games he watches in person due to bad luck. How should he rate a player with a small sample size?

Instead of looking for hits, he made a list of events he called productive at-bats. Those are at-bats where the hitters are doing the right thing. It could be

among others. He would watch the player and tally how many productive at-bats they have in a game, track their performance and growth, and write his reports.

You work hard off the field. On the field, the effort translates to making solid contact to the ball, advancing the runners, or seeing more pitches for the team. They all contribute to winning the game. They are productive at-bats.

What I’m learning to ask

I wasn’t sure why the conversations with Jeff came back to me, but I’m learning to see things through the lenses of contribution.

Small sample size is not only a baseball scout’s problem. Instead of asking about successes or achievements, when I step into a batter’s box in life, I’m learning to ask

I think they are the better questions that I can stand behind.